A world first will take place in Yorkshire next month to celebrate the heritage and future of one of the country’s most iconic railway lines.

Four trains spanning four generations will travel side by side, in the same direction, along the East Coast Main Line on April 23 2017.

Yorkshire’s DNA of speed and style through the ages binds together an event that fittingly comes just days before the now legendary ‘Tour de Yorkshire’ begins.

This will be a once in a lifetime opportunity to see the world famous Flying Scotsman travel alongside two trains from Virgin Trains’ revitalised fleet - an HST (Class 43), an intercity225 (Class 91) - and the rail operator’s brand new train, the Virgin Azuma (Class 800) which is being built by Hitachi in the North East, and will come into service in 2018.

The four trains will travel together for several miles north of York to showcase the past, present and future of rail travel.

The historic journey, organised by Virgin Trains, Welcome to Yorkshire, Network Rail and the National Railway Museum, will begin near the village of Tollerton. The public will get the chance to witness something never seen before on the East Coast Main Line, but those hoping to catch a glimpse are being urged to stay safe behind boundary fencesand keep off the tracks and private land - trespassers will cause the trains to stop and put at risk the completion of both this event and any future plans to showcase the route and its iconic locos.

More details of the event will be released in April.

Rob McIntosh, Managing Director for Network Rail on the London North Eastern and East Midlands route, said: “I am delighted that we have been able to create such a prestigious and unique event for the people of Yorkshire. The area has a very proud rail heritage and by working closely with our industry partners we’ve been able to turn what has been a logistically challenging vision – to create an iconic railway moment on the East Coast Main Line without impacting on regular passengers - into what will be a truly special occasion.”

David Horne, Managing Director for Virgin Trains on the east coast, said: “Just one year on from unveiling our brand new Virgin Azuma trains, we’re delighted to present this unique event that showcases the past, present and future of rail travel in the UK, with Azuma travelling alongside 'Flying Scotsman' and trains from our current fleet. With our new Azuma trains entering service next year, this is an opportunity to celebrate the icons of the railways and look forward to 2018 when we’ll usher in a new era for travel on the East Coast route."

Sir Gary Verity, Chief Executive of Welcome to Yorkshire, said: “This is a major event for Yorkshire and something people will remember for decades. It once again shows how the county is leading the way and to top it off, it’s the weekend before the Tour de Yorkshire so will get the build up to the race off to a flying start!”

Paul Kirkman, director for the National Railway Museum in York which owns the Flying Scotsman, said: “The East Coast Main Line has long been famed for speed and style. In the 19th century elegant locomotives were designed to haul trains on this route cementing its reputation as a railway racing stretch operated by thoroughbred engines. The four train line up epitomises the evolution of the later generation of fast, elegant and stylish trains - all with a shared bloodline - that epitomise the history of the route from the 1850s to today.

“The National Railway Museum is proud that Flying Scotsman, a symbol of engineering excellence, the first steam locomotive to achieve an authenticated speed of 100mph and the first to undertake a non-stop run between London King’s Cross and Edinburgh Waverley, is taking its place alongside such worthy successors to its speed and style mantle.”

Karen Boswell, managing director for Hitachi Rail Europe, said: “We believe our new British built Azuma trains will inspire the next generation of rail enthusiasts and show how investment in new trains will transform passenger experiences on this iconic route.”

Virgin Azuma is set to revolutionise UK travel when it arrives on the east coast in 2018. With 65 trains providing an extra 12,200 seats for a new and expanded timetable, the fleet of Virgin Azumas will increase capacity into King’s Cross by 28 per cent during peak time.

The combined network connects some of the nation’s most iconic destinations including Glasgow, Liverpool, Birmingham, Manchester, Edinburgh, Newcastle, Leeds, York and London.

On the East Coast route, £140m is being invested to create a more personalised travel experience. We have already invested £21m to completely revamp our existing fleet and customers can now benefit from 42 additional services (22,000 extra seats) per week between Edinburgh and London. 2018 will see the introduction of completely new Azuma trains being built in the UK by Hitachi.

The West Coast route has a proud record of challenging the status quo - from introducing tilting Pendolino trains, to a pioneering automated delay repay scheme and becoming the first franchised rail operator to offer m-Tickets for all ticket types.

About the National Railway Museum and Flying Scotsman 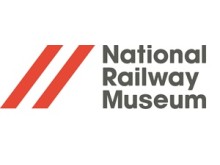 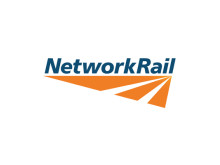 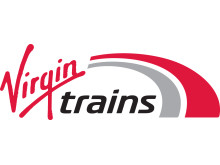 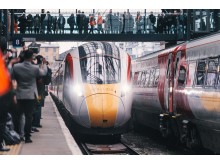 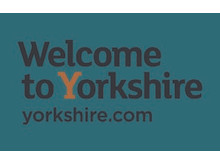 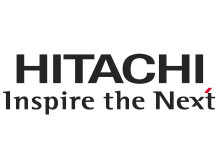